So in Arabic, sahara means desert. So in English when we say the Sahara Desert, we’re actually saying the Desert Desert. Funny, huh?

That’s not unlike how we treat many other Arabic words in English. And we don’t even realize that many of our words actually derive from Arabic. Take algebra, for example, which kinda means “the algebra” or alcohol, which means “the alcohol.” So why don’t we just say that we hate doing “gebra” in college so much that go home and drink “cohol?” Well, welcome to the tradition of the Western world totally misunderstanding Arabic and the Arab world.

Anyway, along those same lines, we often speak in English of the Sahara Desert. But since sahara in Arabic means desert, we’re actually saying the Desert Desert. But maybe that’s actually fitting, since it IS one of hell of a desert. Not just any desert, but the DESERT desert.

So what make the Sahara SUCH a desert desert? Well, for starters it’s the biggest hot desert on Earth. Wait, is there something other than a hot desert? Well, yes actually, there is. Both the continent of Antartica in the south and the Arctic region in the north are technically deserts, and they’re both larger than the Desert Desert in Africa. But the Sahara is the largest HOT desert. And man is it hot! Don’t expect to pull a Lawrence of Arabia and make it across this thing by yourself.

The Sahara Desert actually starts on the western edge of the greater Cairo metropolis in Egypt. The Pyramids of Giza, which for the most part mark the end of the urban sprawl of Cairo and Giza, have traditionally marked the far eastern border of the Sahara. From there, the unforgiving barren wasteland of beautiful sand dunes and occasional rocky landforms stretches all the way across all of the widest part of the African continent to Morocco over on the Atlantic coast.

Egypt in the far east of the Sahara and Morocco in its far west actually have the most developed tourism options in the Sahara. In Egypt, one of my favorite things to do is always renting a horse and riding it out into the desert beyond the Pyramids. Our there, with just the dunes and the horse, it’s so serene and rejuvenating. And the vistas back toward the Pyramids and the modern sprawl of Giza and Cario are so thought-provoking. I love to also set up camps out there for relaxation, complete with tents and huge pillows, which are amazing to lounge on while the desert breeze blows lightly over you.

And of course there’s also the modern importations – 4-wheelers, or quad-bikes as they’re called in Egypt. Revving up those bad boys and setting off across the sand dunes is an incredible experience. After a long day of doing one of these activities out in the Sahara behind the Pyramids, it’s awesome to then have dinner brought out to you out there and enjoy it while watching the sunset of the whole area.

Le sigh. Tell me again why I’m I not back there right now? 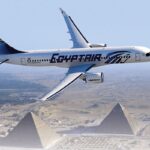