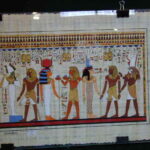 The very first week after I moved to Egypt I met a guy named Sherif. I was walking around Tahrir Square in the center of Cairo with some friends, taking in the magical chaos of one of the largest cities in the world and getting accustomed to our new home for the next year. As we strolled along the street in front of the Egyptian Museum, a man approached us. His name was Sherif. … END_OF_DOCUMENT_TOKEN_TO_BE_REPLACED 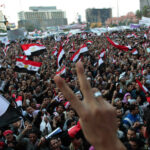 Video from October 2012 when American cable news channels were still showing "turmoil" on loop for ratings and clickbait.  Many travelers may be deterred from traveling to Egypt during periods of political turmoil. But not all turmoil is the same, and some periods when the news media are be portraying chaos in Cairo may actually turn out to be perfectly safe and even ideal … END_OF_DOCUMENT_TOKEN_TO_BE_REPLACED 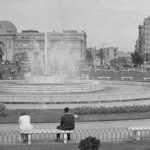 I tend to think of there really being two Old Cairos. The first is, of course, what most people who live in and visit Cairo refer to when they talk about Old Cairo. This would be the area of modern Cairo in which ruins and remnants from many of the city's magnificent prior eras are situated, including various churches, synagogues, mosques, and the remains of ancient Roman … END_OF_DOCUMENT_TOKEN_TO_BE_REPLACED 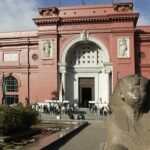 The Egyptian Museum, which holds the largest collection of ancient Egyptian artifacts in the world, is centrally located right off of Cairo’s now-famous Tahrir Square, one block over from the Nile River downtown. The museum authorities keep changing whether you can or cannot bring cameras into the building every few years. If you do bring one during one of the periods when it's … END_OF_DOCUMENT_TOKEN_TO_BE_REPLACED